**I am missing her birth certificate and baptismal information.
I can not find the 1910 US census for the entire family. I have looked in other countries and still haven't found anything. Most obvious country to look at would be Ireland.

Richard Diedrich Webber born May 1830 in Württemberg, Hanover, Hannover, Lower Saxony, Germany. He arrived in the United States in 1858. He married Louisa Kohlmeyer in 1860 in New York City, New York, New York.
In 1870, they lived in New York Ward 9 District 2, New York, New York. They had four children at this time, Annie Webber 9 years old, Richard Webber 7 years old, Frederick Webber 5 years old, Maury (Actually Winny) Webber 2 years old.
In 1880, they lived in Jersey City, Hudson, New Jersey. There were six children at home during this time, Richard Weber 17, Frederick Weber 15, Wilhiemina Weber 12, Caroline Weber 6, Ernest Weber 3, and Clara Weber 1month old.
In 1890, they lived at 74 Essex, Jersey City, New Jersey.
In 1900, they lived in Jersey City Ward 1, Hudson, New Jersey. There were three children at home during this time, Richard Weber 38, Ernest Weber 22, and George Weber 18.
I have not been able to find when Richard Diedrick Webber died or is buried. It would have to be sometime between 1900 (after June and before June) 1910 as he is not in the 1910 census.

Posted by Unknown at 1:43 PM No comments:

John Albert Weber born 7 Sept 1902 in Newark, New Jersey(1) to Frederick Herman Weber and Harriet Kate Stone. He was baptized on 20 Aug 1905 in Jersey City, New Jersey(2). His father died prior to 1910 as he was mentioned in the 1910 census as a stepson to Daniel Miller. They were living at 93 Woodward St, Jersey City Ward 6, Hudson, New Jersey(3). John had five siblings. They were Edgar George Charles Weber, William Charles Weber, Edith A Weber, Harry Alma Miller and Evelyn Maria Miller.
In 1920 they lived at 128 Maple Street, Jersey City Ward 6, Hudson, New Jersey(4).
On 18 Apr 1923 John married Catherine B Berry in Manhattan, New York.(5) They had three children, John H Weber, Hurley R Weber and Flouna Edith Weber.
I can not find the family in 1930.***
In 1935 and 1940 they lived at 104 Belmont Avenue, Jersey City, Hudson, New Jersey, which they rented for $50 a month. There are him, his wife Catherine, three children and sister Evelyn Miller living with him during this time. He worked as a clerk at a Investment Securities firm(6).
He died in Apr of 1984 residing in Lakewood, Ocean, New Jersey(7). He is buried in Ocean County Memorial Park, Toms River, Ocean County, New Jersey(8).

This is all I have statistically about him currently, if anyone would like to add to this please feel free to contact me and I would be glad to add to this information.

Frederick Herman Weber (Webber) b. about 1865 in Brooklyn, Kings County, New York, USA
New York, death abt 1903 in New Jersey, United States (Source:1870 &1880 US Census) He is the son of Richard and Louisa Webber from Germany. His siblings include Annie, Richard, Whilimina,

After Frederick Herman Weber died Kate Weber remarried to Mr. Miller and had two children Harry and Evelyn Miller.
Posted by Unknown at 4:58 PM No comments:

Ernest Robert Jacobs Sr. was born 15 Sep 1941 in Babylon, Suffolk, New York. He married twice, had four children two girls and two boys. His second marriage was on 7 June 1967 to Virginia (still living) They had three of the four children together. He was in the Military, Air Force division from his enlistment of 2 Sep 1959 until his release date 30 Aug 1963. His social security number was xxx-xxx-9010 and was issued in New Jersey. He passed away on the 10 Feb 1993 in South Bound Brook, Somerset, New Jersey. He is buried in the Van Liew Cemetery in New Brunswick, Middlesex County, New Jersey.

Posted by Unknown at 4:56 PM No comments: 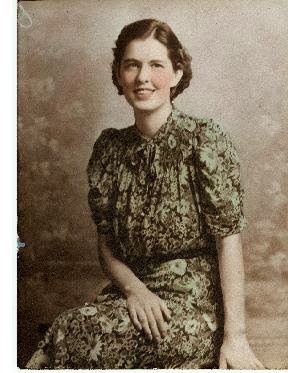 Mary Folschi was born 24 Jan 1914 to Ernst and Elizabeth Folschi in Keyport, New Jersey. When she was 4 years old when her father died. When her father died, her mother had to give the kids up for adoption. There were a total of five children with Mary being the youngest. She was adopted by a loving family by the name of John and Rebecca Woolley and she was moved to Long Branch, New Jersey. She grew up there and in the 1920 and 1930 US Federal Census she lived at 195 Seventh Ave Long Branch, New Jersey. She married Harry Olson by 1931 and they had two children by 1940 Marion b. and Alice Olson. According to the 1940 US Federal Census they lived in Long Branch in 1935 and in Henderson, North Carolina in 1940. In 1993 (US Public Records Index Volume 1) Marion was living at 247 Teakwood Dr. Bayville, NJ 08721-322. She died on 29 November 2013 at 99 years old, less than one month shy of 100 years. Her last known address was in Bayville, NJ. There is a plot for her in the Glenwood Cemetery although as of March 2014 she was not buried there (per a relative of hers.)
Posted by Unknown at 7:56 PM No comments:

She married William Jacobs in 1896. They had two children during their marriage. She died about 1919 in New York, at the age of 57.
I have found her in all of these Census. She was married in 1896, however, her first son was born in 1894. I can't find her any earlier than that and I haven't been able to find when she died.
I am trying to find earlier census with her in it and when she died.

Posted by Unknown at 7:44 PM No comments: